Malaria and it Causes, A health tips we must adhere to 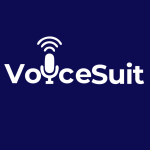 Oct 29, 2021
Malaria is simply said to be an acute febrile illness that mostly occurs through plasmodium parasite which is basically spread to the people when a female anopheles mosquitoes bites someone who is healthy, an infection from that particular mosquito will transmit that disease to the body and the infection will occur to malaria
There are 5 different parasite species which causes malaria in the body, this is falciparum species and vivax species
This two species of malaria are very deadly and can take a life without delay, but the most among them is the Falciparum.
Falciparum is recognized as the deadliest Malaria parasite and the also the most prevalent and common in Adrica continent on the whole.
Vivax also is know as the most and common dominated malaria parasite in countries outside the sub saharan African.
The first symptoms – fever, headache and chills – usually appear 10–15 days after the infective mosquito bite and may be mild and difficult to recognize.
When you have this Malaria sickness in your body, the first symptoms you will is this; Fever, headache and chills. Thos it usually occur or take place 10- 15 days after the infected mosquitoes bite and this may be might mild and difficult to recognize as malaria and might be left untreated because the victim isn’t aware of what he/she is passing through.
Facipurum parasite malaria can occur and progress to several illness and can cause death within a period of 24hrs or more.