A Costly Journey to Italy 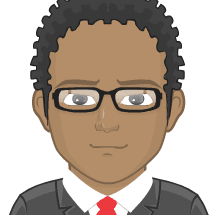 A true life story
Nnamdi was a graduate of Engineering, searched for job for over 5years with no success, he decided to go into photography and he was able to make a living from it. In the year 2015 he met someone who brain washed him into traveling to Europe for greener pasture.
The so called agent collected #700,000 (roughly $2000)  from him, he was then informed the his visa was been processed through the Italian Embassy in Libya, two months later, he was informed that his visa was ready but must have to go to Libya by road to pick up his visa before boarding flight straight to Italy from Libya. He agreed and set on the journey through Niger republic down through the desert of North Africa.
Nnamdi’s experience at the Niger boarders wasn’t palatable and the securities there weren’t friendly at all but as a desperate man, he paid little or no attention to the hostility.
From Niger, he was joined by 40 others and they were all transported with Hilux to Libya. Some fell off owing to the life threatening speed but the driver won’t stop. We they arrived Libya, they were taken to a ghetto where they were sold to some Arabs. It was there Nnamdi realised they he has just been sold to slavery. The Arab man now told them to call home and ask for money to buy there freedom, every one started calling there respective country asking there families for money, if no money was sent for u, them death was the penalty .
Nnamdi’s family were able to raise #350,000 for him but yet he wasn’t freed. So many died due to the unending torture. They were later moved to another location where they were used as labourers with no pay in building houses. Nnamdi stayed in Libya for 2 years, after which they were brought to the sea, put in a Canoe and were asked to cross over to Europe, the sea was so unsettled and they were reluctant to but when guns were pointed at them, they sailed off. After about 10hours on sea, there canoe capsized and it was God who spared Nnamdi’s life. They were rescued at the coast of Spain and were later deported to Nigeria.
The most touching part of his story to me was when they ran out of water and they had to drink one another’s urine for survival, the question is, why are youths so desperate?
Where ever you are, don’t give up, keep working hard, one day, the way will open and if it’s doesn’t, take it as fate. I can’t be in my country and go through all these rubbish.
Don’t be deceived that the only way to be successful is traveling abroad.
Be guided.
Compiled by
Duninho Nathy.
+2348058282499