A lady has shared a funny story about her pet on twitter and it is a very funny one.

Apparently the lady thought her Dog had killed her neighbor’s pet rabbit and she made a quick move to acquit her dog of any wrongdoing.. however, it backfired in a very hilarious manner.

Read her hilarious tweets below ;

So I woke up My dog is laying on the back patio covered in dirt with a rabbit in his mouth. The rabbit’s not bloody, just dirty. My neighbor’s kids raise blue ribbon rabbits. 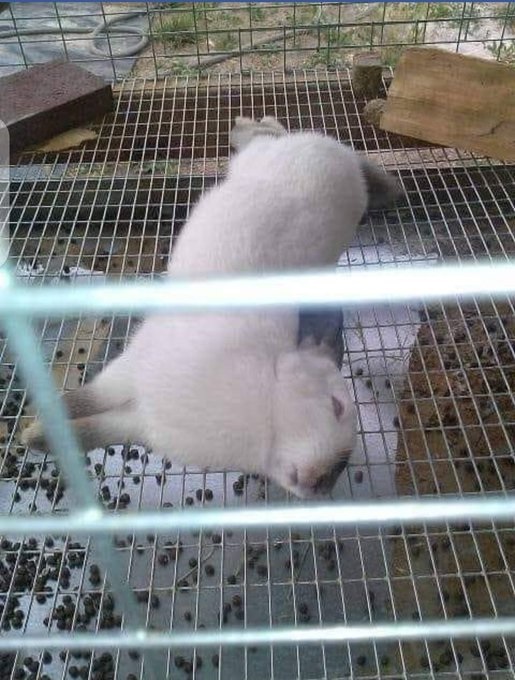 I instantly knew it was one of theirs. So I took the rabbit away from my dog, rushed inside, and washed all the dirt off it before my neighbors could come home. It was stiff but I heard some animals play dead when they are afraid but I couldn’t remember which ones. I took it and placed it back in one of the cages in their back yard then I ZOOMED back home.

Not 30 minutes later I hear my neighbors screaming so I go out and ask them what’s wrong? They tell me their rabbit died three days ago and they buried it but now it’s back in the cage.