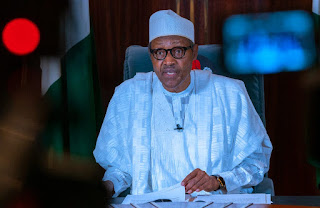 Nigeria’s President, Muhammadu Buhari on Monday said there is no going back on fuel and electricity tariff hike in the country.

Buhari, who spoke at First year Ministerial Performance Review Retreat, at the State House Conference Centre, Abuja, said regrettably, government could not go back on its decision to deregulate the petroleum sector and allow the forces of demand and supply at the international level to dictate the prices of Premium Motor Spirit.

The president, who was represented by Vice President Yemi Osinbajo said the COVID-19 pandemic, had led to a severe downturn in the funds available to finance its budget and had severely hampered government’s capacity to deliver, saying that one of the steps taken at the beginning of the crisis in March when oil prices collapsed at the height of the global lockdown, was the deregulation of the price of premium motor spirit (PMS) such that the benefit of lower prices at that time was passed to consumers.

“This was welcome by all and sundry. The effect of deregulation though is that PMS prices will change with changes in global oil prices. This means quite regrettably that as oil prices recover we would see some increases in PMS prices. This is what has happened now. When global prices rose, it meant that the price of petrol locally will also go up,” he said.

According to Buhari, there were several negative consequences if government should even attempt to go back to the business of fixing or subsidizing PMS prices.

“First of all, it would mean a return to the costly subsidy regime. Today we have 60% less revenues, we just cannot afford the cost. The second danger is the potential return of fuel queues – which has, thankfully, become a thing of the past under this administration.

“Nigerians no longer have to endure long queues just to buy petrol, often at highly inflated prices. Also, as I hinted earlier, there is no provision for fuel subsidy in the revised 2020 budget, simply because we are not able to afford it, if reasonable provisions must be made for health, education and other social services. We now simply have no choice,” he said.

The president assured that government was extremely mindful of the pains that higher prices meant at this time, and that government did not take the sacrifices that all Nigerians had to make for granted.

Police updates on officer shot while repelling kidnappers in Abuja