Orikadun: A Celebration Of African Culture By Ayodeji Owolabi

Orikadun is one of the twenty six festivals celebrated annually by the good people of Igbara-Oke in Ifedore Local Government Area of Ondo State. It has always been a moment of celebration filled with colourful display of traditional and cultural activities.

As the customs, Orikadun marks the end of the calendar (Traditional Calendar) year for the people of Igbara-Oke having enjoyed bountiful harvests in the outgoing year, and it signifies the beginning of a New Year. This year’s event attracts many important dignitaries from far and near, particularly all sons and daughters of Igbara-Oke origin, both at home and abroad. The indigene and non indigene residents, ethnic groups, religious group among others participated actively to bring out the best in the display of their different cultural heritage.

Orikadun is being celebrated by all and sundry in the town, as all other activities, including trades, social gatherings or parties will be put on hold or postponed to honour this day.

All the Queens from the three Ruling Houses, Princes and Princesses, Chiefs and their groups (Otus), Baales from the sixteen satellite towns and their villagers, the forty-three Olori-Omos and people from their quarters were all present to pay homage to Olowa and the Paramount Ruler of Igbara-Oke kingdom.

Igbara-Oke, being a border town, is relatively peaceful and played host to different ethnic and cultural groups, Igede, Igbo, Igbira, Urhobo, Hausa, Ukwuni, Igala, Benin, Idoma etc. They all live in love and harmony, without discord. These ethnic groups were all in attendance in their respective cultural attires to add colours to the event.

Orikadun always begins with special prayers which are usually said in the early hour between the hours of 6-7am by Olowa of Igbara-Oke at a place called “Okiti Omo Olore” at Odo-Oja. The whole town will at this hour await the arrival of Olowa at this points, while others at different junctions to accompany him to where he would say the pray for the town and all the residents.

This year’s edition was not different from what it used to be, as the prayer was said at the given time at the early hour. At Okiti Omo Olore, Olowa of Igbara-Oke, Oba Dr. Francis Adefarakanmi Agbede in his usual way reiterated the importance of the prayer as it has been from time immemorial and being observed by his forefathers. He made the people to know that Orikadun celebration has no ritual, nor being done done to worship any deities. According to him, it is purely of traditions and culture as it involves both the Christians and Muslims to give thanks to  God for seeing another year.

That was why it was no surprise to have seen people of different faith at the point of prayer and later at the Palace of Olowa to expressed their joy as they celebrate.

Apart from the indigenes and the residents in Igbara-Oke, dignitaries from all works of life, government official, traditional rulers from the state and neighboring states, traditional worshiper, among others were also there to grace the occasion with their entourage.

Without mincing words, the event was indeed a wonderful way of showcasing the true African culture. Many audience attested to this and adjudged it the best ever.

The Paramount Ruler and Prescribed Authority, Olowa of Igbara-Oke kingdom, HRM, Oba Dr. Francis Adefarakanmi Agbede was full of joy and excitement to have seen his subjects, and other well wishers in the display of different culture as it concerns their tribes and groups.

The monarch in his address to the town said the reason for the crowd is as a result of love, unity and peaceful coexistence among the indigene and non indigene residents. He said, without these, this year’s celebration wouldn’t have been this glamorous.

Chiefs from different groups (also known as Otu) also spoke on the importance of living in love with one another. The Council of Chiefs, Baales, and Olori Omos in their traditions paid homage to Olowa as a sign of respect to the monarch.

All the way from Oyo Alaafin, the traditional worshippers presented the goodwill message on behalf of Alaafin of Oyo, Iku Baba Yeye, Oba Lamidi Adeyemi to the good people of Igbara-Oke as they felicitate with the town.

Others who spoke at the events include the Special Adviser to Ondo State Governor on Transport, Barr. Tobi Ogunleye, his counterpart in the Ministry of Rural and Community Development, Hon. Babatunde Kolawole, President of Igbara-Oke Citizens in the Americas, Mr. Olu Faboyede and Sapaye of Igbara-Oke kingdom, Chief Victor Ayo Isijola.

They all applauded what they saw which they referred to as a typical of African Traditional Culture. According to them, the displayed was unique and could not be compared to any.

They also commended and appreciated the efforts of Oba Agbede at bringing together the large crowd and for the peaceful coexistence.

One of the highlights of the event was the presentation of gifts to three distinguished elderly women, Mrs. Beatrice Oyedele, Mrs. Rachael Asegbeloyin and Mrs. Esther Oniya in appreciation of their efforts at waging war against Gender Violence. 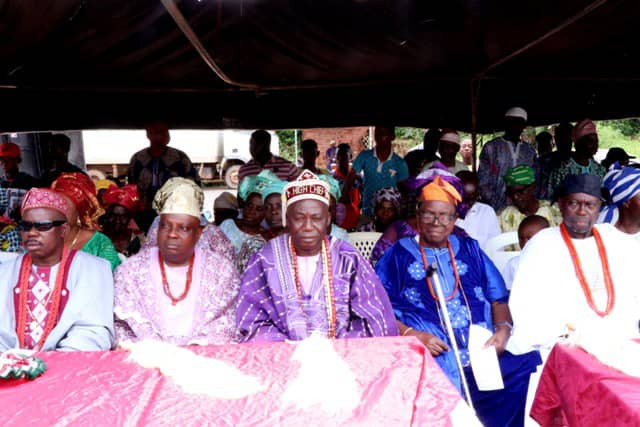 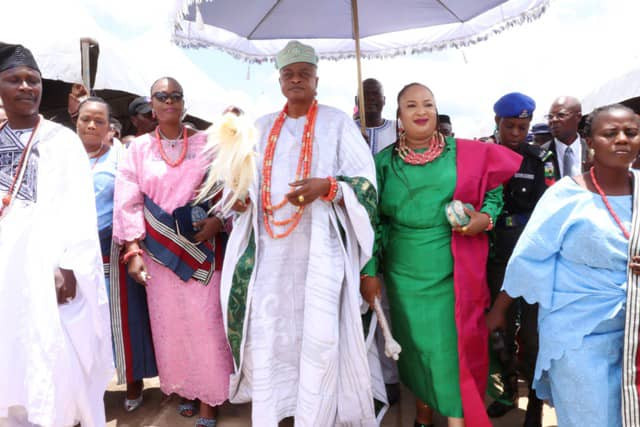 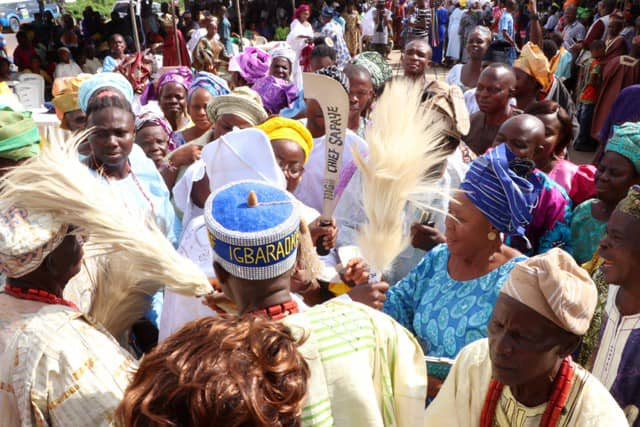 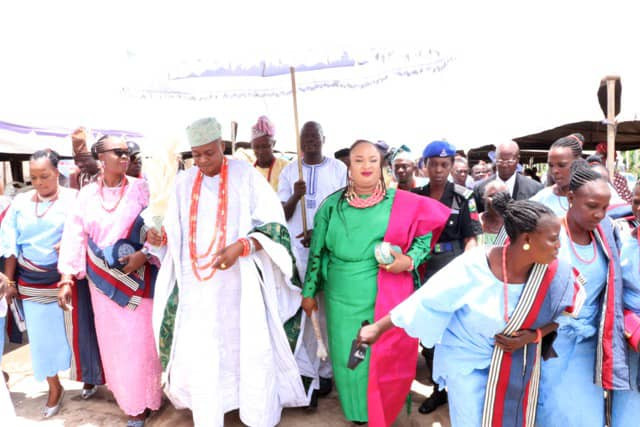 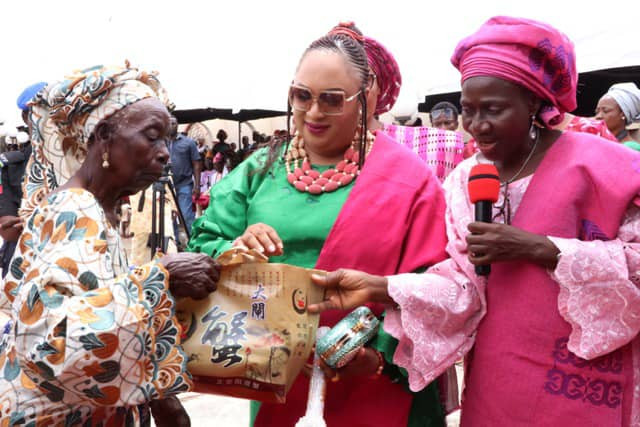 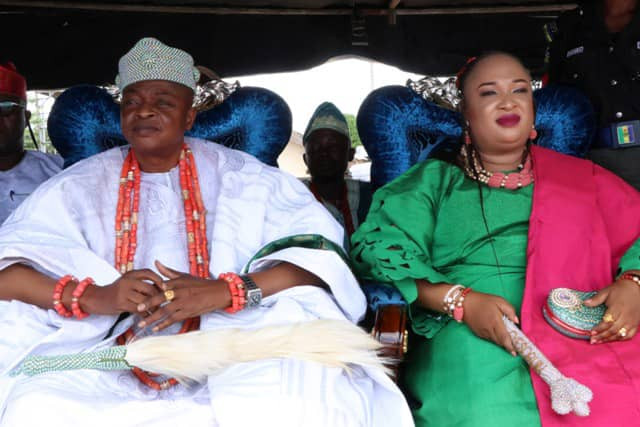 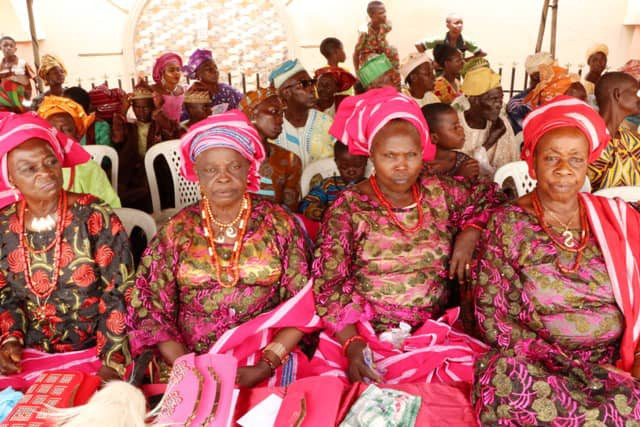 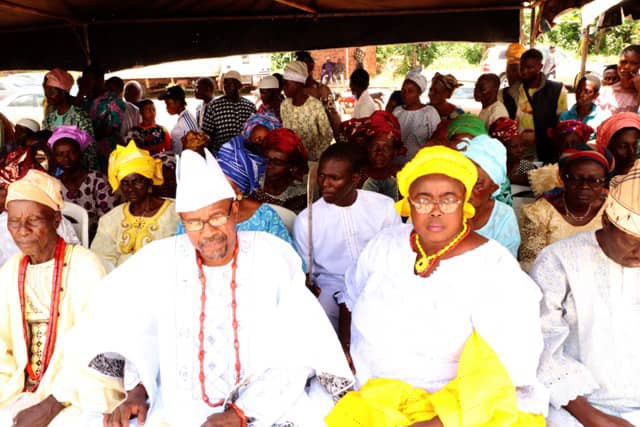