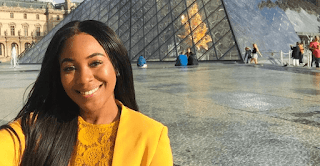 After disqualification, what next?

When actress and model Erica Nlewedim entered the Big Brother Naija 2020 house, she did so with the intention of winning the huge N85 million naira prize.

But an unexpected outburst and rain of insults that she threw on fellow housemate, Laycon unfortunately gave Erica her final strike in the Big Brother house causing her to be disqualified from the reality TV program.

In the history of the show, Erica isn’t the first housemate to be disqualified. Fan favorite and one of the most successful people to come out of the show, Tacha, was last year too disqualified from the show. In the past, people like Khloe and K Brule who were also well-liked on the show were disqualified.

K Brule and Khloe – also disqualified on their seasons.

The question then becomes: since the prize money is no longer an option, what does one do when one becomes disqualified from one of the biggest shows in Nigeria?

Well, if you’re Erica, then this is what you and your team do IMMEDIATELY!

Immediately following Erica’s disqualification, she and her team did 2 THINGS!

First, they infamously started a GoFundMe page for the reality star.

In the comments section, people also gave their reasons for donating to her GoFundMe page saying: “I love her”, “I stan Erica”, and “Erica deserves better”.

The public response to this GoFundMe page hasn’t been so great with people like Reno Omikiri coming out to speak against the GoFundMe page.

On the issue of the GoFundMe page, Reno Omikiri said:

In 5 hours, Nigerians raised $15,000 for #BBNaija’s Erica. In 5 days, the same Nigerians have not been able to raise any resistance to General Buhari’s increase of fuel and electricity costs. If you talk, some Nigerians will say come and lead the protest. Who led them to raise a record breaking $15,000 in 5 hours? We can act spontaneously for irrelevancies, but we are looking for others to act for us on relevant things! Nigeria deserves General Buhari!

This did not stop the donations from coming in though.

In addition to the GoFundMe page, Erica and her team also immediately created and stocked up on a new clothing and accessories store that caters to Erica’s fans.

The store called Elite League Merchandise has clothing retailing for as high as N15,000 a piece.

And do you want to know the more shocking part? The store already SOLD OUT and has had to be restocked because people just cannot get enough!

When I tell you that the whole Big Brother fad and the passion of the fandom is still something that surprises and overwhelms me. People love this show and the housemates who get on have a really opportunity to really get a WHOLE LOT OF MONEY even if they don’t end up winning.

If one person and her team is expert at doing this, it is Erica!