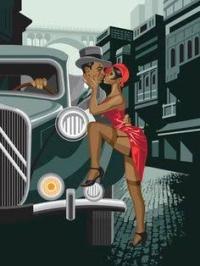 Snow White placed her ruby lips around the palace guard’s swollen purple c–k and closed her eyes as he fed the length and girth of it to her. Letting him f–k her mouth was the only way to save her life, and for the first time she was glad that her father had already shown her all the ways of pleasing men.

Because, the guard had been sent to kill her, and to place her heart in a wooden box given him by the queen. When he found her though, bathing naked in a forest stream, he had been so aroused by her beauty that he found himself incapable of doing as the queen had ordered without first sampling the girl’s favors. If she’d been inept in any way he would have killed her on the spot. Now he stood, his hand on his sword ready to do the deed as soon as she had finished him, with Snow White kneeling naked before him, her mouth engulfing his massive c–k. Her skin was indeed as white as the snow in winter, and her hair as dark as blackest night. Her eyes were crystal blue, and those lips which he’d found too enticing to resist were as red as the most uninhibited rose that ever grew.

His other hand settled atop her head and guided her to move faster on him. Her tongue was agile inside her mouth, wrapping around his s—t, flicking over the flanged head, wiping clean every drop of pre-c-m that leaked from his single eye. In no time he felt the fire in his loins, and he let go of his sword to hold her head steady while he pumped his hips toward her face again and again.

He exploded inside her, pouring his seed deep down her throat. Snow White took every drop and kept s—–g on him even as he shriveled inside her mouth. He finally pulled himself free and tucked his glistening c–k back in his trousers.

“Where did you learn to do that so well?” he asked her, staring down at her, his lust abated but not quite satisfied.

“My father,” she said unashamedly, for having grown up alone in the deep woods with just her parents she had no idea such practice was not normal. “But he is not half as big as you are.”

Indeed, when the good fairies answered her mother’s prayers to help her conceive the first thing they noticed when observing the two of them in bed was the miniscule size of her husband’s c–k. Laughing, one of them whispered to the other, “He probably couldn’t impregnate a flea with that thing!” They used their magic to get the job done, and nine months later she gave birth to the most beautiful child in all the land.

In a rage, the queen had sent for her most loyal guard and ordered him to find and kill this child, and to bring her heart back in a box she gave him. Now, however, having enjoyed her mouth so nicely, the guard found he could not comply.

He sent Snow White off, running naked into the wilderness, with orders never to return or he would have to kill her on sight. He didn’t give her time to dress or even retrieve her clothes from beside the stream because he wasn’t sure how long his reserve would be able to overcome his fear of the queen’s retribution. He told her to keep running until she was safely away from the queen’s land, and so Snow White ran for her life into the woods, naked, beautiful, with rivulets of his c-m still trailing from the corners of her mouth.

The guard slaughtered a wild boar and substituted its heart for hers in the box, which he returned to the queen, hoping she would never discover his calumny. With him still in her chambers she asked the mirror again who was the most beautiful woman in the land.

Snow White had by then left the boundaries of the queen’s influence, and so the mirror could honestly tell the queen that she was once again the most beautiful woman in the land. All was well, for then.